To really understand the following, please read the link above. 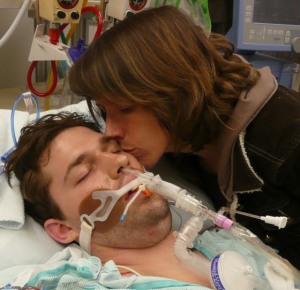 I am grateful for Arianna (http://en.wikipedia.org/wiki/Arianna_Huffington). It seems like not a day passes that I find something significant in #TheHuffingtonPost. It is pretty much all-real down to the core. The response I received privately and publicly to this post is very soothing. It’s soothing because straights, gays, lesbians, and #Republicans were emotionally affected for at least a moment. We all had similar responses – shock/sadness/empathy/anger. For me, if you haven’t heard me rant, I get quite emotional when I hear of homophobia and don’t sugar-coat my feelings. Let me explain… From my experience… I flat out cheated death. I wanted to die. I hated to live. Every dawn was a nightmare. A little dramatic? Absolutely not- I hated waking up. I hated the walk to the bathroom to piss. I hated looking in the mirror knowing that the guy standing before me was the same guy that was going to be sitting by himself at lunch. I hated picking out my clothes. I hated that I had allergies, asthma and Attention Deficit Disorder creating even more distance between me and normal. I hated that I got pleasure out of seeing people trip and fall (when it wasn’t me which happened quite often because I was a klutz). I hated that I didn’t understand what the teachers were talking about. I hated that I had to pretend to like girls when all I really wanted was their friendship. I hated when the girls I tried to be friends with would call me a fag. I hated when they stopped being friends with me because I smothered them with too much love. I hated carpool. I hated getting home and not having anything good to report to my parents. I hated that I had to close my bedroom door and cry my eyes dry into my pillow. I hated that I had to compose myself before sitting down at the dinner table. I hated pretending like school was fine. I hated feeling like I had to come up with something to say that gave my parents hope. I hated that my sister had friends. I hated that I couldn’t play with them. I wanted the boys that my sister used to mess around with. I hated being graded. I hated that I wasn’t a jock. In a nutshell, It wasn’t easy growing up closeted in a heterosexual only world. When I hear about a mother pushing religion onto her child that had the strength to be honest with her when he was twelve-years-old… I can’t help but think, “you stupid fucking bitch he’s going to kill himself”. And then he does… To me, drug addiction is death row… a delayed suicide. I’m not saying that the kid wouldn’t have found drugs if the mom hadn’t forced her ridiculous old school beliefs on him. But the chances of his survival would have been heightened. I have to give my parents credit… as much as I hated myself, and as much as I knew they would hate my homosexuality- I never doubted that they loved me. So my anger turns to sadness… the mother didn’t have the strength to pry open her eyes and her heart- at least not before the son’s tragic end. I feel intoxicated. Do I hate the mom? Yes- she’s a cunt! Do I love the mom? Yes- she’s a child just like the rest of us. Do I think she has redeemed herself for not giving her son proper nurturing? Yes, she has passed on the message to future dickhead parents to stop being assholes and realize that they should appreciate the child they brought into this beautiful world. If she were to read this… I would thank her for coming forward and sharing her part. As for the son, Ryan… I have a message for you. Ryan, I am so sorry to hear of your passing. You were so brave, braver than myself at such a young age. And you didn’t have the help you needed. I am you and you are me. The difference is … I am still here fighting for the both of us. You took one for the team. It is sad but true. Until we have human equality, there will be many more deaths. Every civil war ends in devastation before there is a “win”. Your mother would still be the beast she was had you not ended your life. Your action, your sacrifice, will save lives. Thank you. I’m not saying thank you for killing yourself… I am saying thank you for opening thousands… maybe millions of eyes. Thank you for your life story that will save others’ lives. Thank you for turning your mom into an activist. Thank you for letting me share.